Drunkorexia: Here’s What to Know

If you haven’t heard the term “drunkorexia,” you’re not alone. While the term is relatively new, and not clinically recognized by the DSM-5, the condition is not.

Drunkorexia, or sometimes referred to as the “liquid diet,” describes the behavior of intentionally starving oneself before consuming an excessive amount of alcohol. The process can involve skipping meals or severely restricting calories, and/or excessively exercising before binge drinking, followed by binge eating.

The desire to maintain a thin figure while excessively drinking has become widely popular among college students. Students skip lunch, or settle for a salad to avoid worrying about the caloric consequences of booze.

A study by the Research Society on Alcoholism found that 80 percent of college students engage in at least one behavior associated with drunkorexia.

But it’s not just college students that struggle with drunkorexia: studies have shown that 30 percent of women in their early twenties report skipping meals to drink more.

For many people, drunkorexia develops through the desire to feel the effects of alcohol faster on an empty stomach.

For those struggling with an eating disorder, drunkorexia might develop if they use alcohol to numb their distressing emotions. Alcohol can be very appealing for someone experiencing social anxiety, work stress, personal setbacks, or relationship strife, in the same way that excessive exercise, caloric restriction, or binge-eating can be.

It’s not necessarily the case that one disorder develops first.

For some people, alcoholism can occur as a replacement coping mechanism when eating disorder behaviors no longer prove effective.

For others, eating disorders develop after an alcohol use disorder, where they develop a habit of replacing the calories from food with empty calories from alcohol. Eating disorder behaviors like excessive exercise might create the illusion of balance or health for someone suffering from a substance abuse disorder.

What are the Consequences of Drunkorexia?

The habit of replacing calories from food with calories from alcohol can have severe consequences on one’s mental and physical health. These can include:

Digestive Malfunction: Replacing food with alcohol can lead to digestive system malfunctioning. Throat damage from binge-drinking and/or eating followed by purging, bloating, and constipation are among this disordered eating pattern

Increased Alcohol Side Effects: Drunkorexia exacerbates the effects of alcohol in our brain and body.

Alcohol is a diuretic, meaning that it dehydrates the body. Binge-drinking and/or binge-eating followed by purging is also dehydrating.

One risky behavior does not cancel out another. Despite the pre-drinking starvation motive, excessive alcohol consumption will still lead to weight gain. Alcohol reduces the amount of fat our bodies burn for energy, so matter how little a person eats before drinking, it’s likely that their drinking will show on the scales within time.

What are the Symptoms of Drunkorexia?

If you’re worried that your drinking and eating habits may be affecting your health and relationship to yourself and others, you may notice these symptoms of drunkorexia:

What Does Drunkorexia Treatment Involve?

Since drunkorexia is not a medically diagnosable disorder, and there is no specific treatment for drunkorexia, treatment will involve addressing both the substance abuse disorder and the eating disorder.

Developing healthy habits and maintaining abstinence is possible with the right information and treatment tools. At HBH, one of our trained mental health professionals will create an individualized treatment plan for the patient, with support, knowledge, and the skills needed to develop a healthy and thriving life.

If you or your loved one is struggling with substance abuse and/or an eating disorder, please take the first step today and schedule an appointment with one of our trained mental health professionals at HBH Therapy, or simply learn more about the therapy services we offer. 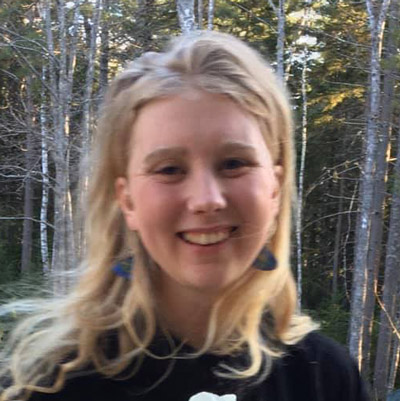 Nettie Hoagland is a writer with experience in local news reporting and nonprofit communications and community development. She earned her bachelor of arts degree in Media Studies, Journalism, and Digital Arts from Saint Michael’s College. Nettie is a believer in the healing power of the arts to create connection and community. She is passionate about using writing and storytelling as an instrument for personal and social growth in the field of mental health. Nettie is endlessly curious about all things mental and behavioral health.